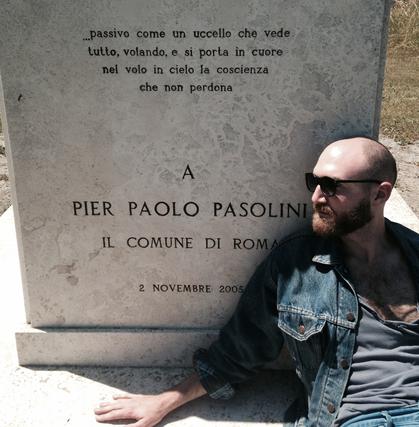 His criticism and long-form interviews have appeared in New York Review of Books, The Brooklyn Rail, Vulture, The Village Voice, ​Los Angeles Review of Books, Art in America, Art Practical  Riot of Perfume,SFAQ, The Miami Rail, Cultured, Elephant, New York Magazine, diSONARE and many exhibition catalogs, monographs and other publications.

He co-edited the books TELL ME SOMETHING GOOD: Artist Interviews from the Brooklyn Rail (with Lucas Zwirner; David Zwirner Books, 2017) and FOR BILL, ANYTHING: Words and Images for Bill Berkson (with Isabelle Sorrell; Pressed Wafer, 2015), and has guest edited issues of the Brooklyn Rail (February 2015) the Miami Rail (Fall and Summer 2017, Summer 2016, and Fall 2014) and Riot of Perfume (Summer 2018).

He has lectured widely on contemporary art as a visiting critic at Yale, MassArt, RISD, Boston University, Cornell, Concordia, SVA, SFAI, and CCA among others. In Spring 2021, Fall 2017 and Spring 2016 he was Critic-in-Residence at the LeRoy E. Hoffberger School of Painting at Maryland Institute College of Art in Baltimore.

In 2012-13 he ran the collaborative exhibition space 1:1 (pronounced "one to one") with artists Leigha Mason, Alex Sloane and Whitney Vangrin at 121 Essex Street, NYC, and curated the pop-up NITE TIDE  I & II (Summer 2014) at Nina Johnson (formerly Gallery Diet) in Miami, Fl.

He has been a fellow at the Robert Rauschenberg Foundation (Fall 2014) the Key West Literary Seminar (Summer 2017) residencies and a Director's Guest at Civitella Ranieri (Fall 2019).

In 2021 Earnest was awarded a Dorothea and Leo Rabkin prize for visual arts journalism.